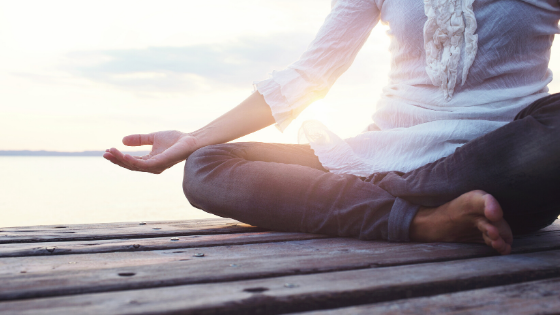 A study focusing on factors related to those affected by episodes of recurrent depression found that in the first episode of depression, 50% of subjects had experienced a traumatic triggering event, while in the second episode this number was 20%, and in the third, 10%. These findings suggest that our thoughts can assume the power of an actual set-back. Even when feeling well, people remain vulnerable to recurrent episodes of depression due to mental associations formed between mood and negative thinking patterns, so that mild states of depression can reactivate negative thinking patterns that can result in a full-blown episode of depression. Sustained recovery from depression depends on learning how to keep mild states of depression from spiraling out of control. Mindfulness is helpful in reducing these downward mood spirals.

So what are these downward mood spirals and how can mindfulness be helpful? Often when starting to feel low, people react as if their emotions were a problem to be solved, they attempt critical thinking strategies, re-double efforts to use them when they do not work, and then end up over-thinking, brooding, and ruminating which only succeeds in prolonging and deepening the mood spiral. “What has gone wrong, why is this happening to me, where will it all end?” This can result in a return of negative thinking, “What is wrong with me? I’m back to square one. This is horrible. It will always be this way.” This negative thinking can become a pattern which then results in another episode of depression.

And how can mindfulness be helpful? Mindfulness can be helpful in reducing downward mood spirals in many ways. One way is by having more awareness of mind states one can recognize earlier the beginning of the spiral and “nip it in the bud” earlier than before. Another way that mindfulness can be helpful is by teaching us how to focus on the present moment rather than re-living the past or worrying about the future. Mindfulness also helps us to shift mental gears from a state of mind dominated by critical thinking to one in which we experience the world directly, non-conceptually, and non-judgmentally. So rather than having resistance to unwanted emotions and thoughts or getting caught up in them, one increases their willingness to experience them, allowing for them to come and to go while being held in awareness with acceptance and compassion.